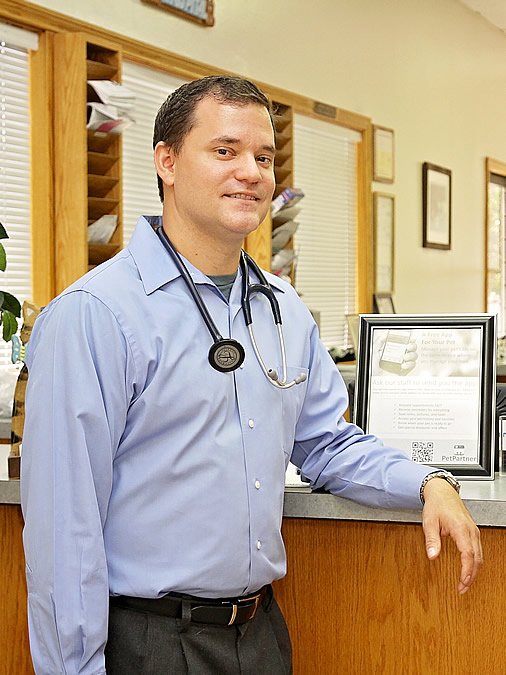 For as long as he can remember, Dr. Luis Cruz has been interested in biological science and animal husbandry. He’s also had a life-long desire to help other people. As a veterinarian and the owner of American Veterinary Hospital, Dr. Cruz gets to combine all of his passions in one fulfilling career!

Dr. Cruz grew up in Brooklyn, New York, with his parents and brother. He attended the University of California at Davis, where he worked full-time as a veterinary assistant while tackling a full course load. In 1995, he was accepted into veterinary school and hasn’t looked back since.

In August of 2006, Dr. Cruz took over the ownership and management of American Veterinary Hospital from the clinic’s previous owner. He has special interests in exotic pet medicine, soft tissue surgery, and internal medicine. Most of all, he enjoys the immense satisfaction he gets from helping a pet—and thereby their human family—get better.

Outside of his interests in the veterinary world, Dr. Cruz enjoys cooking, working out, and practicing martial arts. He’s been studying the martial arts since he was 13 years old, and holds expert and master’s ranks in Tae Kwon Do and Kung Fu San Soo! Currently, he’s studying Filipino martial arts and Brazilian Jiu-jitsu.

Dr. Cruz and his wife, Raquel, have three wonderful children: Luis Jr., Lucas, and Lily. They share their home with a cat named Junior, a fetch-loving terrier named Squirt, a pair of corn snakes, Timmy the bearded dragon, and two leopard geckos named Leo and Leonore. 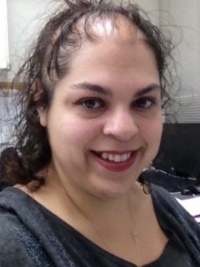 When Jennifer first took a job as a veterinary receptionist, she didn’t know that it would have a profound and lasting impact on her life. As fate would have it, though, she quickly fell in love with the field of animal care and hasn’t looked back since! Jennifer has now been a veterinary professional for more than 20 years, and she’s proud to serve the pets and animal owners of the area as the Hospital Manager here at American Veterinary Hospital.

Jennifer was born and raised in the San Fernando Valley, and began in the veterinary field in 1997. Having known Dr. Cruz for a number of years, she jumped at the chance to join his team when she heard that he was looking for help—Jennifer has been a member of the American Veterinary Hospital family since May of 2017 and serves as the Hospital Manager. Her favorite part of the job is the lifelong relationships she’s been able to form with clients and pets. For her, bonding with the area’s families is what it’s all about!

In her time away from work, Jennifer enjoys cooking and spending time with her family and pets at home. She and her husband, Juan, have a young son named Lucas and two dogs: Brownie the Siberian Husky and a Husky/Malamute mix named Cookie. 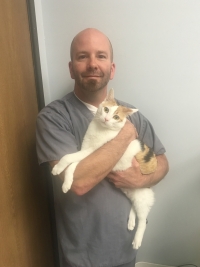 Ryan has always enjoyed the company of pets—what better way to give something back while enjoying a rewarding career, he thought, than by becoming a veterinary professional? Ryan is now American Veterinary Hospital’s Lead Veterinary Assistant and has been a member of the clinic family for over 13 years.

Ryan joined the American Veterinary Hospital team in 2004. As time went on and he gained more hands-on experience with pets, he took over as Lead Veterinary Assistant in December of 2009. He now oversees the entire operation of the hospital on a day-to-day basis!

Away from work, Ryan enjoys fishing and spending quality time with his family. 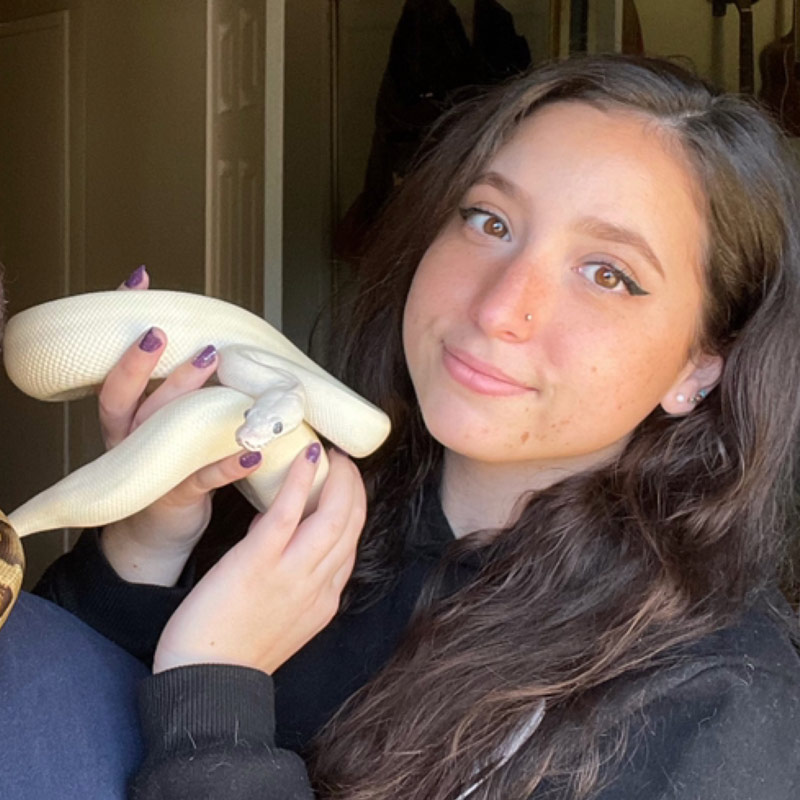 Briana has been in the field for about 2 years and is currently going to school to become an RVT. She has 34 animals of her own ranging from; reptiles, aquatics, amphibians, rodents, arachnids, bugs, cats, a dog, and a bird. When she’s not at work she loves spending her free time taking care of her many animals, gardening, hiking, playing video games, and going on adventures to try new foods. 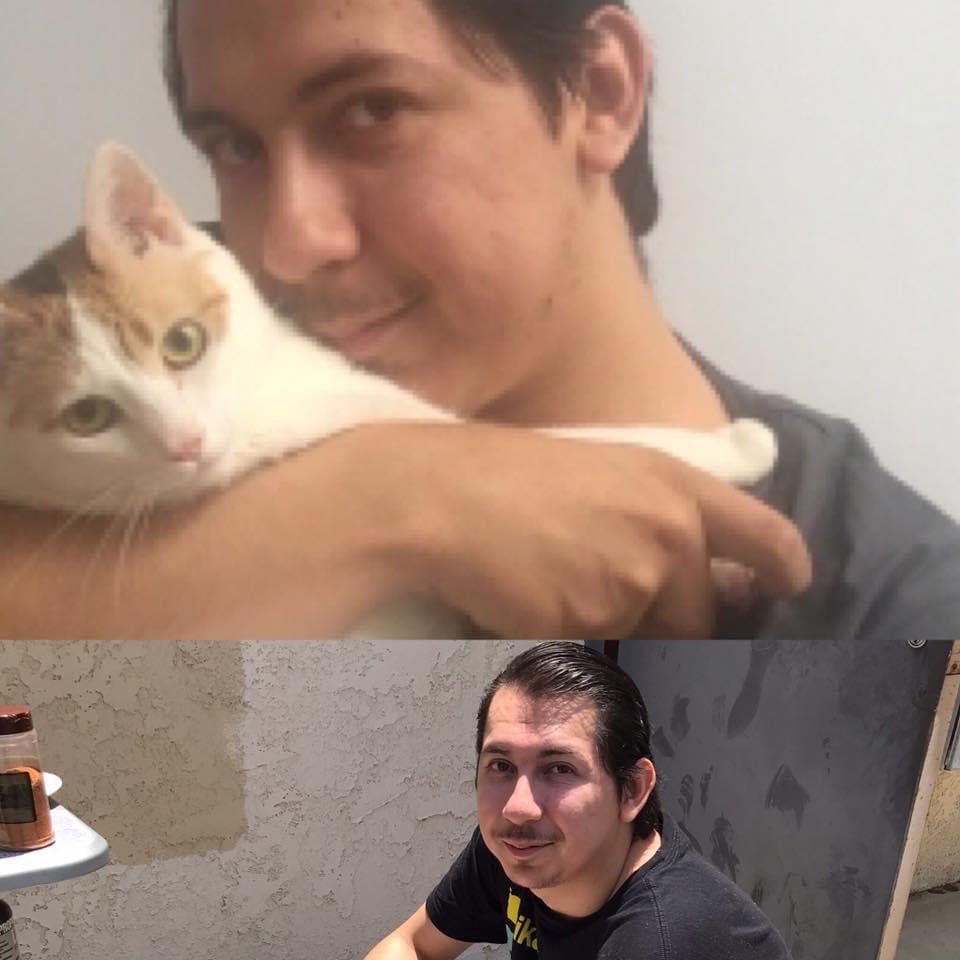 Ivan Barraza is an amazing assistant. He loves all animals big and small. He aspires to be a zoologist. In his spare time he loves gaming, art, and spending time with family and friends.

Font Resize
Contrast
Accessibility by WAH
Call Us Text Us